New technology is set to transform global agriculture, and two agtech companies recognised for their importance in animal health and environmental protection are making rapid progress.

The first – awarded for its contribution to British agriculture – focuses on animal health. Pruex is using non-infective bacteria to improve air quality in poultry units, reducing ammonia emissions and the requirement for antibiotics..

ALVÁTECH Water – awarded for its global impact – has developed a clean, sustainable way to desalinise soil, enabling farmers to irrigate with saline water, reduce water use and even restore salinized soil to healthy, productive farmland.

Both companies were recognised at Agri-EPI’s inaugural Agri-Tech Excellence Awards in October 2021, and are now reaping the rewards of their success by extending their commercial reach around the globe.

“Last year we grew very fast, and we’re now planning a large funding round to further expand worldwide,” explains Zac Gazit, CEO at ALVÁTECH. “We started working with Agri-EPI in December 2020 as we realised they could help with several key things. They know the industry and trends in technology, and we were looking to work with farmers and governments.”

One of the biggest benefits of winning this important award – aside from the global prestige – is an introduction to the formidable judging panel, comprising Syngenta, Kubota, Leyton, Barclays and Marks & Spencer.

“M&S is buying fresh produce from farmers using our devices, and we’re having good, constructive conversations with the whole panel; there are synergies in our ethos and business and we hope to be able to work with all of them.”

ALVÁTECH is now working in 24 countries across six continents, both with government and non-governmental organisations as well as directly with 1000s of farmers.

“Our technology dissociates salt into its components which enables farmers to immediately use less water and fertilisers,” says Mr Gazit. “It is a life-changer for entire regions and millions of farmers in Africa, the Middle East and Latin America.”

Farmers are using 20-60 less water, 30% less fertiliser, and are reducing soil salinity by 30% on average. As a result, yields are boosted over 20% – although the more degraded the soil the greater the scale of improvement farmers see.

“Our farmers are reducing costs while improving the soil for the next generation. This is an important green legacy for our planet.”

Pruex is in a similar position; it’s working with 1000s of farmers across the UK, Europe and South Africa, and looks forward to having discussions with M&S following the award.

Using beneficial bacteria to compete with disease-causing strains is a relatively new concept, but Pruex’s game-changing idea is an automated spraying system to apply the bacteria throughout the sheds. This not only benefits the chickens themselves, but also reduces ammonia emissions. This improves air quality for workers and birds, boosting productivity and the birds’ immune systems, and many farms are able to reduce their use of antibiotics; reducing the risk of antibiotic resistance.

“It’s proving very popular,” says Sarah Dusgate, research and development manager at Pruex. “We’ve been working with poultry farmers from the start of the business, but we have developed a new technology that will help to deploy our bacteria products more effectively and easily.” 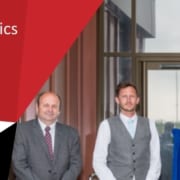 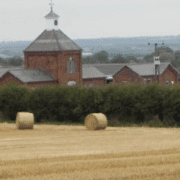 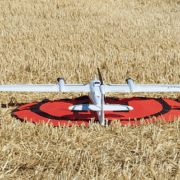 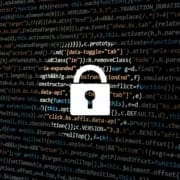 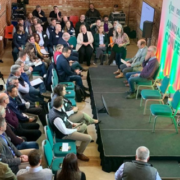 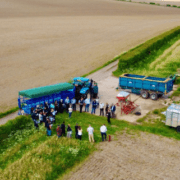 Swiss crop electrophysiology specialist Vivent is a registered B Corporatio...