The use of sensors is an increasing part of novel farming technology. Feeding back data for analysis on a wide range of different areas, both for plant and animal monitoring and analysis of behaviour in different environments. Supporting the evolution of modern farming techniques, at Agri-EPI we explore and deliver precision farming engineering, technology and innovation in UK agriculture across soil, crops and livestock.

Agri-EPI’s South West Dairy Development Centre (SWDDC) in Somerset and one of its satellite farm, Parkend Farm in Fife, are featured in a new film highlighting the development of technology in sustainable dairy production.

The video was produced as part of the Horizon 2020 ‘Internet of Food & Farm’ project. It explores the work of the project’s Dairy Trial Team at Strathclyde University, led by Professors Ivan Andonovic and Craig Michie.

The team is looking at sensors and Artificial Intelligence-based solutions for helping farmers increase their herds’ milk yields, based around a new platform called Herdsman+.

Lots of data about a cow’s health, fertility and performance can be collected using tools such as internet-connect collars, leg tags and milking robots. The key to generating the most accurate picture of each cow in the herd is to be able to integrate this data. Herdsman+ does exactly that, analysing the information to allow the farmer to make well-informed management decisions for optimising each animal’s health, welfare and milk yield.

Agri-EPI has supported the Dairy Trial Team by providing data from the SWDDC and Park End dairy farm. The two dairies have also hosted events for farmers to consult them about new and future tools which may support their businesses’ sustainability during these challenging times for the dairy sector. 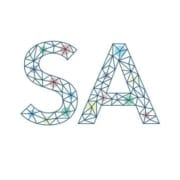 This video has created by Science Animated is a scientific communication agency who develop engaging and accessible animations based on specific researcher’s work. For more information: https://sciani.com

Duncan Forbes, Manager of our South West Dairy Development Centre in Somerset has been blogging about this 5G Farm, as part of the 5G RuralFirst project. In his latest post he writes:

Rural 5G is no leafy country lane – it’s a data super highway set to put farming in the fast lane!

We’ve been busy at the Agri-EPI Centre’s South West Dairy Development Centre equipping our 180-strong herd with Afimilk Silent Herdsman sensors – a key element in our activities as one of the three 5G RuralFirst testbeds. The sensors are fitted to the cows’ collars to measure health parameters including rumination, eating, fertility and health.

As a cow steps into one of the robotic milkers, sensors recognise the animal, record her health and fertility status and know how much milk she is expected to give. The rapid growth in wearable technology, data analytics and automation has the potential to revolutionise how dairy cows are milked and cared for.

It’s important to acknowledge that amongst all this exciting tech, we must never lose sight of the two essential elements of any dairy farm – the cows and the people who care for them. As we develop new technology, we must ensure that the advances benefit one or both of these constants.

Technology such as the Afimilk sensors and robotic milkers are giving us more and more information about the animals which means we can keep an even closer eye on their health and welfare. That’s good from an animal welfare point of view but it is also important in an economic sense – farmers need to get a good return on their investment in order to keep on producing good, healthy food.

Why called a 5G farm?

The rapidly growing number of sensors in farming are generating huge quantities of data. The strong, consistent connectivity that 5G can provide will ensure farmers can get the most out of this data. While farming technology is being adopted at a very fast rate, at present most of that technology connects by one means or another to a PC in the farm office.

It then connects through to the internet which is notoriously slow in most rural areas. 5G offers an opportunity to bypass a series of those steps along the way with the potential to pick up data directly from the sensors on the cows, bypass any need for a PC on the farm, get the data onto the cloud, combine it with other relevant data and deliver management support information directly back to farm staff. This data “round trip” could take only milliseconds allowing staff to make instant, informed decisions about livestock welfare and management.

The 5G Rural First project is going to explore the benefits of achieving this massively accelerated connectivity from sensors such as the Afimilk Silent Herdsman and other emerging technology on the dairy farm.

Farmers have suffered from very poor connectivity which limits the amount of data that can be transmitted.  This hasn’t stopped the development of agricultural technology and the industry has found many clever ways to get around the issue, but imagine if we can remove those barriers by having a fantastic highway for data that is 5G – the potential is enormous to transform data into useful information that can help revolutionise the management of livestock and the productivity of UK farming.

Submissions are being invited to a special edition of the international journal Sensors, focusing on the ‘Internet of Things for Precision Agriculture”. The special issue of Sensors, a peer-reviewed open access journal on the science and technology of sensors and biosensors, will seek to capture the latest innovations relevant to the development and adoption of precision agriculture. The journal is being guest edited by academics at the University of Strathclyde’s Department of Electrical and Electronic Engineering, which Agri-EPI Centre collaborates with.

Topics of interest for this journal include, but are not limited to, the following themes related to sensors:

For further information about this journal submission, click here.

Ivan Andonovic is a researcher in communication systems at the University of Strathclyde in Glasgow, which is a partner of the project.

“What’s happened with the technological evolution over the last ten years is that processing power has become cheaper, the energy spent in processing has dropped, and the functionality – the form factor, the shape, the size of it – is much more manageable. It’s only under those criteria that you can use technology to create an economic solution for the farming sector,” he says.

According to Freddie Reed, project manager and part of the Agri-EPI Farm Network Team:

“The first stage of it is to find the extent of issues, collect the data over the farms, so we know what’s going on on the farm, then we can identify the causes of inefficiencies on the farm, and once we know the causes we can find the problems to solve those solutions.”

“The way we can have a real impact and make life even easier for Brian and his colleagues in this sector is to create a consistent and coherent database which takes both the data coming in, the collar system, and the output, the robot system, and then match input to output, says researcher Ivan Andonovic.