Faced with rising feed prices, effective use of grass for both grazing and conservation is increasingly important for farmers to maintain margins. Balancing the need to ensure sufficient silage stocks for the coming winter with the desire to get the most from grazing to reduce spend on purchased feed.

As the climate remains unpredictable, as seen by the cold, wet spring of 2020 followed by hot, dry weather, grass growth rates have seen wide variances year-on-year. With so many fluctuations in price and seasonal changes, buffer feeding is likely to be required by many farmers at some stage during the grazing season to prepare for dips in grass growth.

While the majority of buffer feed is made up of maize and grass silage, there are alternatives available. In partnership with molasses blend supplier ED&F Man, Agri-EPI Centre research conducted at the Agri-EPI South West Dairy Development Centre found that including a proportion of straw and molasses-based liquid feed in the buffer feed can offer the dual benefits of allowing production to be maintained whilst preserving valuable silage stocks.

The trial aimed to better understand and analyse the impact of replacing some grass silage in the buffer feed with a mix of wheat straw and Regumix, a high-energy and protein liquid feed made from molasses, compared to the original feed and the molasses/straw buffer feed.

Georgina Chapman, technical support manager at ED&F Man, reported: “Over a six-week period, there was no difference in yield between the cows fed the initial buffer and those where straw and Regumix was included. The cows were mainly later lactation and the animals on the molasses buffer showed similar lactation persistency but slightly better compositional quality.”

“Importantly, for cows in later lactation, there was no difference in body condition changes between the two groups,” she added. “However, there was a saving of 7.5kg silage per cow per day. Assuming 200 cows were fed the new buffer, the total silage saved over the six weeks would have been over 60 tons, giving more for winter feeding.”

In a commercial herd, the buffer feed would probably have been needed for 18 weeks; on closer analysis, this suggested potential savings of closer to 200 tons, which could then be used to increase silage fed per cow per day over winter.

Chapman noted that, as molasses and straw are easily stored and less likely to perish in storage, their inclusion in buffer feed can also contribute to maximising silage production and availability, ultimately maintaining production from grazing and reducing the impact of higher feed costs for farmers.

Reviewing the trial results, Agri-EPI Centre’s head of dairy at the South West Dairy Development Centre Duncan Forbes said, “We know growth rates can change very quickly … with the best will in the world no dairy farmer can keep on top of grazing output using manual techniques. At the same time, adjusting buffer feeds on a more frequent basis would be a challenge.”

“Collecting and utilising better management information could help take a significant step in improving grazing use – and new technologies hold the key to this.”

“Integrated use of data and technology in this way can help improve the contribution from grazing, reduce feed costs, improve grazing utilisation and help meet carbon reduction targets for more sustainable systems.” 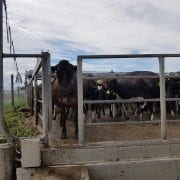 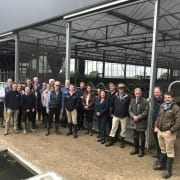 US Dairy Welfare expert speaks about animal health and welfare 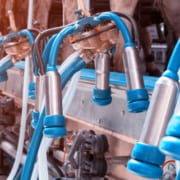 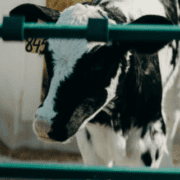 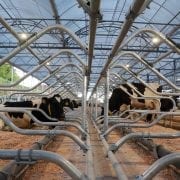 A dairy farm fit for the future 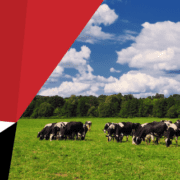