Agri-EPI Centre and one of China’s largest food companies, the Tianjin Food Group, have today signed a collaboration agreement to develop a smart farming project utilising UK technology in China to boost early disease detection and productivity monitoring in pigs.

The project, called “SmartFarm 1.5”, will involve Agri-EPI and UK companies RoboScientific, Greengage Lighting and Innovent Technology, working with pork producers for the Tianjin Food Group in north eastern China. It is being funded by Innovate UK from the UK and supported locally by the Tianjin Food Group.

The new project is a continuation of the SmartFarm concept developed in China by Agri-EPI Centre, which seeks to develop international collaboration to support efficient and sustainable approaches to farming and food production.

The first SmartFarm project looked at precision-based approaches to nitrogen application in wheat production. It ran successfully between 2018 and 19, co-sponsored by Innovate UK, led by Agri-EPI and involving UK companies SoilEssentials and RDS, with autonomous and measurement systems contribution from University of Strathclyde. The Chinese partner organisations were NERCITA, the National Engineering Research Centre for Information Technology in Agriculture and the Chinese Ministry of Science and Technologies China Rural Technology Development Centre (CRTDC).

Following the successful delivery of this inaugural project, Agri-EPI and the Tianjin Food Group agreed to explore further opportunities, resulting in today’s signing of an agreement at the 4th Tianjin World Intelligence Congress. 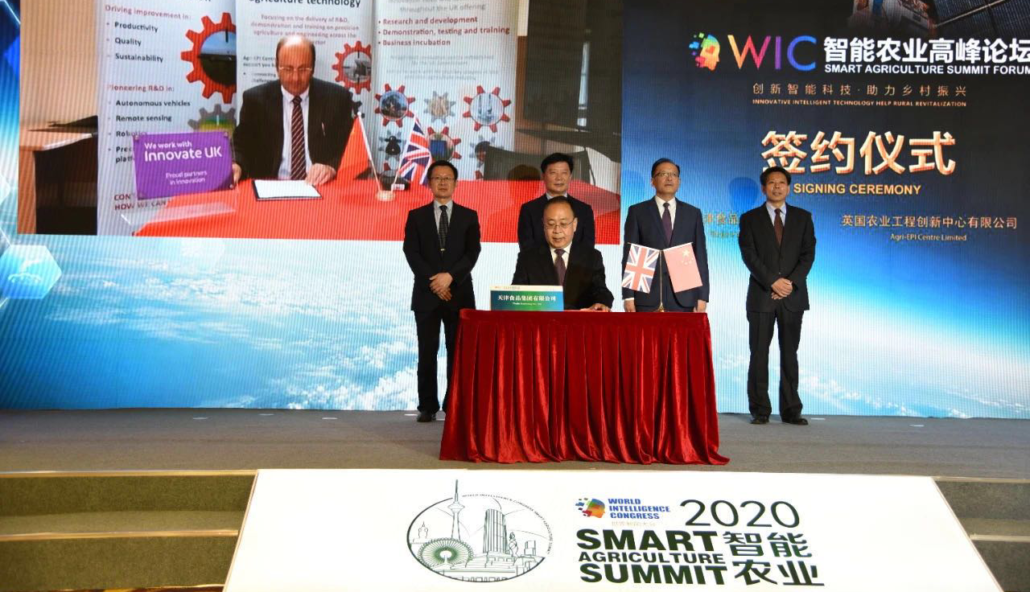 “We are honoured to be taking China SmartFarm to the next level by working with the Tianjin Food Group to deliver this important project. China is the world’s

largest producer and consumer of pork and technology and to support better productivity and earlier disease detection has significant potential economic benefits. Agri-EPI is excited to be building relationships with a range of international partners, in China – as well as New Zealand and Paraguay – in delivering SmartFarm projects.”

“Agri-EPI Centre is an important part of UK Research and Innovation. It has the world’s leading level in precision agriculture, the application of engineering technology in the entire agricultural industry chain, and the application of agricultural robots. With the continuous development of 5G, Internet of Things, artificial intelligence and other intelligent technologies, agriculture has entered the era of intelligence. Precision feeding, precise management, real-time disease monitoring, and automatic environmental adjustment are all improving the level of agricultural production. At this critical historical opportunity, we hope to co-operate sincerely with the British side, make full use of their respective advantages, jointly develop and demonstrate the promotion of smart agricultural technology, and contribute to the progress of global agricultural technology.”

Alasdair Hamilton, Head of the Science and Innovation Team at the British Embassy, Beijing said:

“Partnerships in agricultural technologies that support sustainable, environmentally friendly farming is a priority area for science and innovation cooperation between the UK and China. The production of sustainable food with a low carbon footprint is a global necessity. It is therefore a pleasure to see that the MOU between Agri-EPI and the Tianjin Food Company will deepen cooperation in data driven technologies that will improve how we farm and produce nutritious food.”

“I am delighted that this SmartFarm 1.5 collaboration agreement has been signed today. It marks the next step for both countries working together under our prestigious Flagship Challenge to address the global challenges facing the agriculture and food sectors. This follows on from SmartFarm 1.0 an initiative that formed a key output of the UK China Science, Technology and Innovation Strategy’s Agri-Tech Flagship Challenge, and which was a direct result of an earlier MoU signed between CRTDC and Innovate UK in November 2016.”

The new SmartFarm 1.5 project builds on a long history of UK-China co-operation in agricultural research and innovation. The relationship was enhanced in 2017 with the signing of the UK-China Science Technology and Innovation Strategy. SmartFarm is a core part of one of the strategy’s major deliverables, the Agri-Tech Flagship Challenge.

Food security and increasing farmers’ income remain a primary importance in China’s agriculture and rural policies. Technology plays a key role in the government’s plan to achieve this, with more investment being directed at deploying large agri-tech research programmes and innovation systems.

China’s approach to agricultural innovation overlaps many of the UK’s priorities including those set out in the Industrial Strategy.

On June 30, join Agri-EPI Centre, in partnership with 8 Hours Ahead, for a webinar exploring agri-tech opportunities in China. For more and to register, visit: www.agri-epicentre.com/land-and-grow-the-agri-tech-china-opportunity. 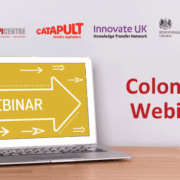 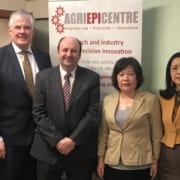 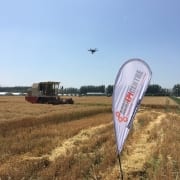 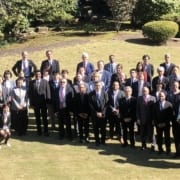 Bridging the gap on climate change 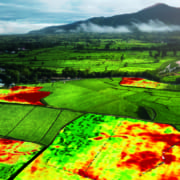 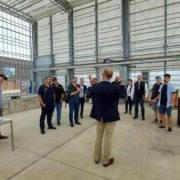