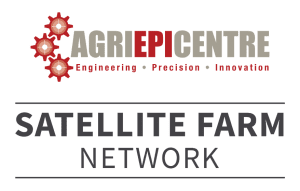 A beef producer working with Agri-EPI as one of its ‘satellite farmers’ is involved in an innovative scheme with Mark & Spencer which uses technology perhaps more commonly associated with crime scenes than supermarkets. Scottish beef farmer Niall Jeffrey, of Bielgrange Farm in East Lothian, is taking part in the M&S scheme using DNA samples to allow meat products on the shelves to be traced back to the exact animal they are from.

The technology has the potential to give the consumer greater confidence about the source of their meat, to further boost the reputation of Scotland’s red meat around the world and even to make beef farming more efficient.

Marks & Spencer is building on the compulsory tagging system which has been in place since 2000 and provides each animal with its own passport.

Under the new scheme, each animal’s passport is scanned at the abattoir and the ear tag number recorded. The carcass is then swabbed, and a DNA sample taken. This means that a packet of meat can be tested, providing information about any meat that contributed to it, down to the farm and the exact animal it came from.

Steve McLean, the Head of Agriculture and Fisheries at Marks and Spencer, said: “DNA is unique genetic fingerprint. It’s closely associated with a crime scene, it works in the same way, we are able to trace the product regardless of how complex a final retail product that we are making is and we can work it back the way. So it gives us the genetic fingerprint of all the animals that make up that final retail product.”

“Through the work that we are doing we are able to identify lines that are more efficient, that give better eating quality. For me when we take that information and we build it back into breeding programs we will make our Scottish farming base all the more efficient and that’s got to be good for the industry.” 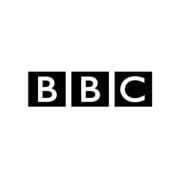 Agri-EPI’s Farms & Commercial Manager Gavin Dick said: “While Agri-EPI isn’t directly involved in this project, it demonstrates that, like all of our satellite farmers, Niall is an innovator who is open to trying new things to improve the productivity of his business and the quality of his products. Farmers like Niall are leading the way in transforming food production.”

Read more about this project on the BBC website. 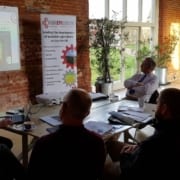 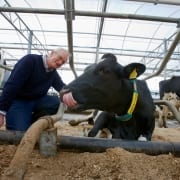 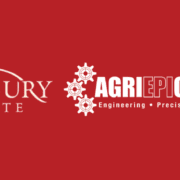 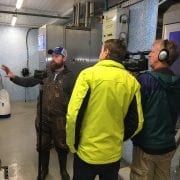 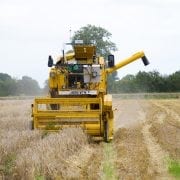 Health and welfare must be viewed as one, says US dairy expert
Scroll to top